Here’s What to Know About Blenders, Chunkers and Thinners 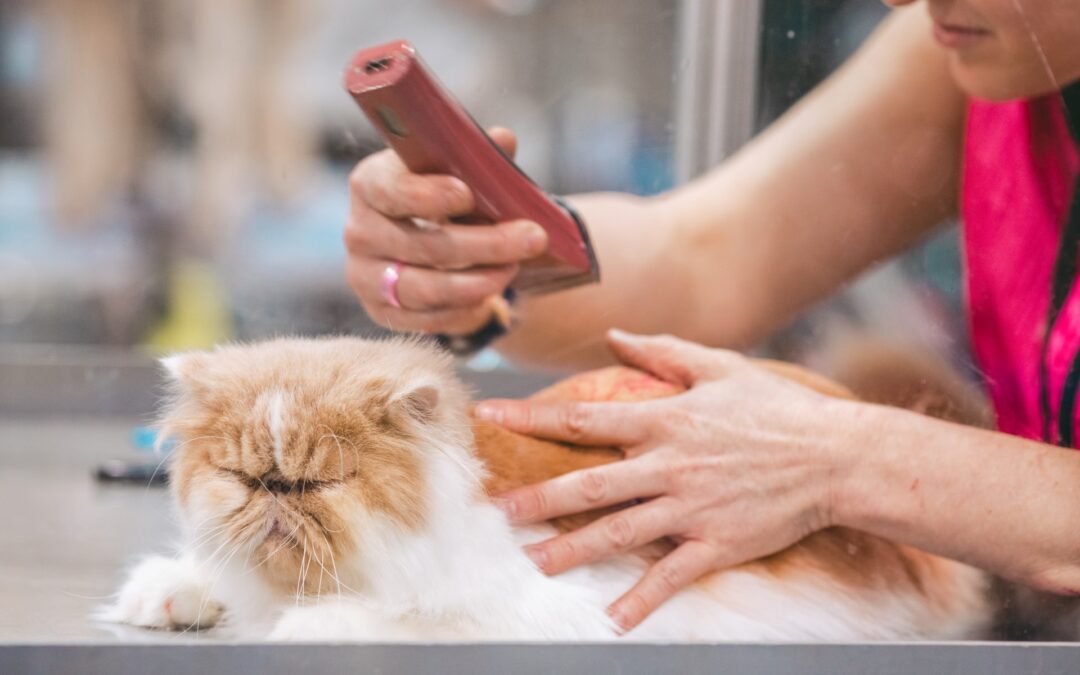 Pet grooming kits, Blenders, Chunkers and Thinners: to the untrained eye, will generally seem to have the “basics”: scissors, varying brushes or combs and the like. There’s actually more to it than that. Grooming scissors actually have particular uses, whether the pet in question is a dog or cat.

An Overview of Grooming Scissors

For the most part, these are referred to as thinners because they thin the hair. Specifically, they cut only a little off of the length of the hair. The three categories of thinners are traditional thinners, which cut only the top hair; chunkers, which cut the top and bottom hair; and blenders, which blend or thin out the bottom area without changing the top.

There is a considerable difference in terms of the finish each shear ends up giving pets. Some thinners will work better with certain cuts and varying coats. Let’s take a more in-depth look into grooming scissors and their particular traits:

These scissors are usually what come to mind for people when pet grooming comes to mind. Blending shears are scissors used to blend together straight lines from clippers, to create a natural look, they clip away large amounts of hair. They have two blades: one is solid and meat for cutting, while the second one is serrated with teeth. It’s ideal for coats to develop a natural texture and helps clipper lines to be smoothed out. Any lines between long and short hair underneath the coat and top of it will blend well thanks to it as well.

When blending shears have more teeth, they are better able to get bigger amounts of hair out of the way. This is why blending shears whose high tooth count are ideal for dealing with hair around the eyes and nose. The technique will matter here: dog coats can end up quite patchy when overuse happens.

Characterized by thick teeth shaped like a T running down its side, this allows hair to be pushed back by the cutting blade, preventing it from sticking to the shears. This allows the shears to cut through without tugging or pulling hair. They work on dogs with a heavy, curly coat on curly-coated breeds such as Shelties or Rough Collies, and in areas of the body that need to be shaped with precision. They are the best shears for shaping ears and tails, for carefully shaping double-coated dogs such as Shelties, and for creating soft curls.

These scissors involve both edges having teeth. They’re generally used for hair close to the skin to be removed and bulk thinning dogs coats. It takes less hair with every cut than blenders would, but it’s the standard for dogs with thicker coats. When dogs with fluffy ears are involved, this is the most effective way for hair to be removed.

When it’s overused, however, it can lead to a coat’s patchiness and balding.

When it comes to grooming pets, there are actually special tools involved. Collectively, they are referred to as thinners but they have their own particular advantages. Grooming scissors are generally broken down into three types: thinners, blenders and chunker scissors.

Need pet grooming done in Brooklyn, NY? Reach out to Brooklyn Pet Spa! We’re pet groomers with services for dogs and cats including grooming, bathing as well as boarding.